Professor of Herpetology at University of Wolverhampton, UK & Curator of Reptiles at West Midland Safari Park, UK. Mark O’Shea is an internationally renowned TV presenter and one of the top reptile experts in the world. Host of the critically acclaimed O’Shea’s Big Adventure, for US Animal Planet, (O’Shea’s Dangerous Reptiles for UK’s Channel 4), he is a field herpetologist with experience in over 40 countries on six continents, a snakebite researcher, the author/co-author of numerous academic papers, and the author of six books, including the recently published The Book of Snakes (Ivy Press & University of Chicago Press).

Professor Zdenek Knotek (Sid) is the Head of the Avian and Exotic Animal Clinic on Faculty of Veterinary Medicine, University of Veterinary and Pharmaceutical Sciences Brno, Czech Republic and adjunct professor on Department of Veterinary Clinical Science, Purdue University, IN, USA. He is a founding member and diplomate of the European College of Zoological Medicine (herpetology), member of ARAV, former president of the European Association of Zoo and Wildlife Veterinarians (EAZWV), and a president of the Czech Association of Zoo and Wildlife Veterinarians (CAZWV). As a visiting professor, professor Knotek has teaching activities in many universities (Budapest, Copenhagen, Istanbul, Kosice, Ljubljana, Porto, Lisbon, Utrecht, Sydney, Vienna, Warsaw, Purdue University (IN, USA), Denpasar (Indonesia). As a founder of reptile medicine specialty at Clinic for Reptile, Avian and Fish Medicine professor Knotek headed the Unit for Reptiles and Pet Birds at University of Veterinary Medicine Vienna (2010-2013). His current focus involves medicine and surgery in exotic animals, especially in reptiles. Sid supervises international training courses for exotic medicine: Summer School for Exotic Medicine and Surgery (since 2004), ESAVS courses – Exotic Pets Medicine and Surgery I, II, III (since 2005) and ESAVS course – Exotic Pets Medicine and Surgery in China (since 2015).

Declared a “Rare Disease Hero” by the US FDA and a “Local Legend of Medicine” by the US National Library of Medicine, Boyer is the Founding Director of the Venom Immunochemistry, Pharmacology, and Emergency Response (VIPER) Institute and Professor Emerita of Pathology at the University of Arizona College of Medicine. A four-time winner of the UAHSC Dean’s List for Excellence in Teaching and the central principal investigator in clinical trials of antivenom for vipers, elapids and scorpions, Boyer has appeared numerous times on television and radio, including National Geographic, The Discovery Channel and National Public Radio.

is a science communications specialist and has been a private-sector reptile enthusiast for more than 40 years. In 2016, Ray released The Venom Interviews, the first documentary film of its kind about the work and science of venomous herpetology. His current project is a series of training videos for the African Society of Venimology to help medical professionals manage snakebites in Sub-Saharan Africa.

About a decade ago, Thea Litschka-Koen developed a keen interest in snakes. A CEO of a management company in eSwatini, she embraced her newfound fascination with all that slithers, and immersed herself in studying them. By the late 2000s, she’d completed a set of handling courses, opened a snake-rescue park, and became a (largely self-taught) black mamba expert. Providing snake-removal services, she made her name known locally—and internationally, via a 2009 BBC documentary on her work.

Since meeting Zamo, the first little girl that came looking for help after getting bitten by a snake, Thea Litschka-Koen has become a snakebite activist. She founded the Antivenom Swazi Trust Foundation in 2009, which raises money to buy Antivenom, medical equipment, medical supplies as well as other homecare aids the amputees might need.  Furthermore, in order to improve the knowledge in the medical community, Thea leads symposiums on treatment for local doctors, nurses and paramedics. She was instrumental in writing the current Swaziland Snakebite Treatment Guidelines, the founder of Swaziland Antivenom Foundation, is a co-founder of the Swaziland Snakebite Authority, is a member of the WHO Working Group on Snakebite Envenoming and a member of the National Snakebite Advisory Group.

Together with a band of volunteers taught by Thea, they have tried to reduce snakebite and promote conservation, by focusing on community education as well as the removal and relocation of problematic snakes.

Thea is a member of the National Snakebite Advisory Group

Sterrin is a Dutch ecologist and herpetologist. She graduated Cum Laude from Wageningen University and conducts research on reptiles worldwide. Some of her study topics include reptile-environment relationships and potential effects of climate change on the distribution of crocodilians. Besides her research, Sterrin is passionate about education. She owns her own education business that allows her to educate a wide variety of audiences. From small children to university students, Sterrin’s goal is to spread the message that reptiles are worthy of conservation, just like any other species. She specialises in venomous snakes, and enjoys giving handling courses. Furthermore, she is involved in documentary making and she’s currently writing a children’s book on reptiles, which will be published in July by Luitingh-Sijthoff.

Czech Herpetologist with deep love of and great passion for chameleons, spent 33 years travelling to Europe, Africa, Madagascar, Arabian penninsula, India and USA to study them in the wild and in captivity. Author of dozens of scientific articles and herpetological books, one of which is considered a basal work of chameleonology: “Chameleons, the nature’s hidden jewels”, published in 5 languages. Another book is the only book on the leaf chameleons ever published: “Stump-tailed Chameleons: Miniature Dragons of the Rainforest, the Genera Brookesia and Rhampholeon”. Author of descriptions of new chameleon taxa such as Trioceros tremperi, T. fitchi, T. narraioca, T. ntunte, Kinyongia asheorum, K. boehmei, K. vanheygeni and a snake parasite (Isospora atheridis). For his contributions to chameleonology, a chameleon species (Chamaeleo necasi) and a chameleon coccidian parasite (Isospora necasi) were described and named in his honor. He was one of the people that introduced Chamaeleo calyptratus to herpetoculture, almost the entire US population of them originated from his breeds. Petr is active in international field as expert and advisor helping chameleon communities to grow, spread correct information, promote best practice in chameleon husbandry and protect the rights of chameleons. He is currently working on five new books on chameleons. 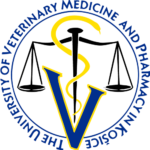